A three part series of articles for the Robert Schalkenbach Foundation’s Center for Property Tax Reform.

Seventeen years after the publication of Henry George’s Progress and Poverty, the city of Amsterdam decided not to sell any more of its land. Instead they installed a system of municipal ground lease, to ensure the community would benefit from the increased value of the land. The system has been hotly debated ever since, including by Georgists.

On my bookshelves I have a couple of books by and about the American economist and journalist Henry George (1839-1897). I inherited them from my grandfather, who was a staunch supporter of his ideas. In the 1970s he even founded an organization to put his ideas into practice in the Netherlands.

Those books had been sitting and collecting dust for years. Not that I wasn’t curious what my grandfather had been advocating, but I just couldn’t imagine that the work of a 19th century writer could provide any solutions for today’s problems. This turned out to be a misconception. When I finally started researching my grandfather’s activism, thanks to a grant to support freelance journalists during the first year of the COVID-19 pandemic, I was surprised to learn how relevant George’s ideas still are.

In his book Progress and Poverty (1879), George identified land ownership as the main cause of inequality. Because land increases in value, land ownership makes the rich richer and the poor poorer. George therefore proposed a tax on land ownership, which the owner pays the government annually for the right to use the land. Because of this tax, the individual landowner will no longer benefit from the increased value of the land; instead, the community will. This is fair, according to George, because it is also the community that has created this increase in value.

I wrote an article about this subject for the Dutch journalistic platform De Correspondent (you can read the English translation here for a more detailed explanation of the land value tax: https://schalkenbach.org/this-tax-makes-all-other-taxes-redundant/). The economists I interviewed were unanimously positive about George’s idea of a land value tax. “A tax on land can make a significant contribution to solving the housing shortage and tackling wealth inequality,” said professor of economics Dirk Bezemer. “That makes it as relevant as it was in the time of Henry George.”

The Municipality as Land Owner

But several readers reacted surprised. They asked: don’t we already have something like this in the Netherlands for more than a century? They were not referring to the real estate tax, which is levied in the Netherlands on both the value of the land and the buildings on it,

but to the municipal ground lease system which exists in Amsterdam and a handful of other municipalities in the Netherlands.

Leasehold is a juridical agreement that gives the leaseholder the right to hold and use another person’s immovable property. Leasehold has a long history, dating back to Roman and Germanic law. In antiquity it was often used to develop barren land, as Paul Nelisse describes in his dissertation on municipal ground lease (Stedelijke erfpacht, 2008). If a landowner himself did not have the means to make the land productive, with a ground lease agreement he could leave the cultivation to others.

The ground lease system was introduced in Amsterdam 17 years after the publication of Progress and Poverty on the other side of the Atlantic. The resemblance to the land value tax is striking: the main goal was to make sure the increase in the value of the land––the unearned income, or rent, as George called it, would benefit the community, not the individual. Other goals were (and still are) to fight land speculation, to stimulate the construction of houses (building a house is cheaper if you don’t need capital to buy the land), more control over construction and spatial planning, and the possibility to regain the land at the end of the lease term.

The proposal not to sell off any more land in Amsterdam, came from the social-liberal alderman Willem Treub (1858-1931). Henry George’s ideas clearly resound in this statement he made:

“The welfare of the people cannot be benefited by the passive watching of the law, the passive watching of the state, when a few without any work and without any merit enrich themselves at the expense of the community, and therefore demands that the law seeks a rule that assigns the increase in value of the building sites in, around and near the expanding cities, to the municipality, as a local community, which by its expansion is the sole cause of that increase in value.”

Was it a coincidence? Zeitgeist? Or had Treub indeed been inspired by Henry George?

In any case, the ground lease system was a solution to a real problem: the uncontrolled growth of the city and the land speculation that was a consequence of it. In his dissertation on municipal leasehold, Paul Nelisse describes how the population of Amsterdam doubled in the second half of the 19th century from 224 thousand to 491 thousand inhabitants. All these people had to live somewhere. However, there was no coordinated spatial planning. In 1873 the city council itself declared that it had lost control of the urban expansion. The ever expanding city also pushed up land and house prices. Between 1860 and 1880 the average land prices rose from 1.17 guilders per square meter to 42.21 guilders in 1881.

With the leasehold system, the city of Amsterdam was able to regain control of urban development. The municipality bought or expropriated land on the outskirts of the city, installed the necessary infrastructure and then leased building plots to individuals who developed homes on it.

But leasehold was not just a practical solution; it was also an ideological choice. With the growth of the working class and the poor living conditions in the cities, socialism had emerged as a new political movement. The socialists wanted a fairer distribution of wealth. And to achieve this, they also looked, partly influenced by Henry George, at the role of land ownership.

The Dutch Union for Land Nationalization (Bond voor Landnationalisatie) was founded in 1889. The aim of the union was to nationalize all land and then lease it to private individuals by the national government. The leader of the union, Jan Stoffel (1851-1921), had read Progress and Poverty in 1882, the year in which the Dutch translation was published. In 1884 he wrote a letter to Henry George in which he declared himself to be a devout disciple. At the invitation of Stoffel and the union, George visited the Netherlands in 1889 to give a lecture.

It is unknown whether alderman Treub was present at this lecture. But we do know he was familiar with George’s ideas. In 1894, as one of the editors of the Social Weekly, he published three of his articles. He added, however, a remarkable note: “It is well known to our readers that the editors cannot accept Henry George’s teachings.” It was only because of the importance of the subject that the editors felt obliged “to extend hospitality to the articles sent” (cited by Paul Nelisse, Stedelijke erfpacht, 2008).

The note doesn’t give us any insights into the reasons why he could not accept the works of Henry George. But at other occasions he also showed his disdain for Stoffel’s Georgist Union for Land Nationalization. “Land nationalization is not a serious movement here, no more than in the surrounding states of continental Europe. Its proponents struggle in vain,” he once wrote. Stoffel in turn reproached Treub for not having studied the question of land nationalization thoroughly (cited by Paul Nelisse, Stedelijke erfpacht, 2008).

Willem Treub was a social-liberal. According to Nelisse, establishing the ground lease system was primarily an opportunity for him to give liberalism a more social face and thus to save liberalism from decline. Complete nationalization of the land went too far for him. But, says Nelisse. It is quite plausible that George did serve as a source of inspiration for him.

Still Treub did not opt for the more pragmatic land value tax but chose instead a more radical idea of the municipality owning all the land. In 1890, Treub had suggested this to the city council for the first time. However, he did not get a majority behind his proposal then.

When he tried again in 1896, the proposal was accepted with a very narrow majority: 18 councilors voted in favor of it, 16 voted against. A notorious opponent was not present at the moment of the vote but his counter vote would not have been able to make the difference either.

Despite the narrow support base when it was introduced, the ground lease system proved to be long-lived. Today, 80 percent of the land in Amsterdam is still owned by the municipality. Other Dutch municipalities have also introduced the system, although often abolished it again over time.

Soil as a Natural Gift

My grandfather, as much a devout disciple of Henry George as the leader of the union had proclaimed himself to be, wasn’t happy with it either. From his Georgist point of view, he had some fundamental objections to the ground lease system. First, he was strongly opposed to the idea that land can be possessed by anyone. That meant that a municipality cannot own land either. “After all, we do not actually recognize the possibility of ownership over natural assets, and therefore should not propagate that more landowners will come,” he wrote in one of his letters on the subject.

Moreover, if the ground lease system were to be expanded, the municipality would have to compensate the original land owners. My grandfather saw this as an unjustified recognition of property rights which would also cost the community a lot of money.

Among the board members of the Georgist organization of which he was the chairman, it was a hotly debated subject. Some of the other board members did see the ground lease system as a way to achieve George’s goals. They were mainly critical of the existing form and implementation and looked for ways to improve the system.

They were not alone in this: since the introduction of the municipal ground lease system, it has been continuously tinkered with, and to the extent that the original goal––to allow increase in the value of land to accrue to the community, seems to have faded into the background.

Read More on this in Part 2:

Can municipal ground lease still meet its goals?  A discussion of the different ground lease conditions and changes made over time.

LVT on the Ballot in New Zealand 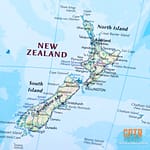 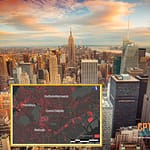 Citadels of Privilege: How LLCs funnel land rents into the pockets of wealthy...
Scroll to top