Could I begin life again, knowing what I now know, and had money to invest, I would buy every foot of land on the island of Manhattan.  John Jacob Astor, 1834

So wrote one of the original robber barons of the early nineteenth century. Yet almost 200 years later, the idea of holding land as a road to riches is alive and well in New York City. Though, of course, owning land is not so bad when the owner also uses it productively, provides employment, or builds affordable houses. But owning ground to make money on it while doing nothing to it is a problem New York doesn’t need.

In 2022, New York City is facing a new onslaught from the financial sector and their hedge fund billions. The city is enormous––700 square miles. But under the current cruel system, struggling families and small businesses have the nearly impossible task of finding a decent location to live or do business.

It’s hard to get enough capital to buy a house, open a bodega, or rehab a four-story building. Banks, hedge funds, centuries-old land trusts, in partnership with speculators, have locked up access to valuable land all over the city. What’s left for regular folks is unaffordable due to the choking off of the land supply. Absentee owners block stressed but striving neighborhoods; these owners can ignore the community’s needs and the lifeblood of new immigrants who want to move into that community.

Right-sized neighborhood economies ought to be a priority. Yet there are almost 27,000 vacant or blighted properties on the tax rolls, not to mention tens of thousands held by New York City for goodness knows what.

These properties depress surrounding property values and the spirits of those adversely affected.

Some of these properties have been vacant for decades, kept vacant by owners who wait until they get the money (or the zoning) they need to make the land even more valuable overnight. Among hundreds of examples is the Flushing Waterfront District. It’s no coincidence that developers swooped in when the de Blasio administration sold lots for a dollar and then  with a nod and a wink, gave its consent to changing the zoning (upzoning). One pen stroke and people who lived productively in the area were priced out of their own neighborhood along with its (and their) local heritage. It’s the antithesis of a healthy city, which requires, in Jane Jacobs’ phrase, “the neighborhood ballet.”

Our stated view is that the tax treatment of vacant or underutilized land in New York City is a real issue. City Controller Mark Lander is correct in his observation that 421-A tax abatements, sometimes lasting decades, have a distortionary upward impact on land values. Therefore, we believe there is a solid case for treating land as a species of property different from other property (both real and personal).

Because land is a finite resource, keeping it out of use––if it is developable and taxable, soaks up money that should be deployed for market purposes. Land speculation is a real problem. ‘Waiting for the market to “mature” is not a justification for holding back the community.

Some lots have been maturing for close to 100 years. The city should not be in the business of subsidizing private land banking.

We believe that an option to change the tax treatment of vacant land can be quantified. We have deployed a website that explores vacancy and underutilization using GIS technology. In addition, creating a new property class (Class 5) would likely release warehoused land back onto the tax rolls.

In addition, we are collaborating on a sister project. This project will track LLC ownership (alas, not identified) by distance from transit hubs, parcel developability, and the current assessed-to-market ratios.  Land value is different from anything else that raises revenue. The presence of community and investment by the government create Its value. Unfortunately, New York City’s property tax system, dating from a 1981 state law, has evolved into many distortions, giveaways, and inconsistencies. As a result, being rich is cheap in New York, while being poor is expensive. It’s a scandal, and it needs to change.

A viable proposal would suggest a sensible way of creating a new tax class on vacant land, the Class 5 option. For the new class, the city must eliminate fractional assessments (the practice of applying a tax rate to a fraction, either 6% or 45%, of market value). Using a tax rate applied to actual market value is more straightforward and transparent. Crucially, Class 5 will make these owners of neglected parcels pay for the privilege of holding land out of use.

A relatively modest tax rate of 3 to 3.5% would garner about $1 billion in annual revenue. More revenue from those who can pay for it? All it takes is adjusting the rate, thus positively affecting public policy.

Who Owns the Land?

That’s a million-dollar question. It’s nearly impossible to find out. But, the Class 5 plan collects the money from to whatever the tax bill is addressed. How does the LLC game work? A land shark invests money in real estate. Creating an LLC provides anonymity and some protection from liability. Often there’s Delaware Chancery ownership (more anonymity). Finally, constantly changing the name of the titleholder (e.g., “220 Park LLC” to “200 On the Park LLC”) or deploying a like-kind exchange called “1031” can muddy the waters. A “1031” exchange means acquiring a similar structure (in New York City, homogeneous blocks and neighborhoods are often alike) and not paying capital gains tax. With Class 5, the absentee owner will pay more, no matter the name.

There is precedent. Washington DC has a multi-class property tax system with progressively higher rates pegged to the property that’s blighted or vacant. The rationale for DC applies just as well to New York: if somebody wants to sit on a plot of land until kingdom come, let them knock themselves out. Just give the wealth back to those who created it: the community.

Even with a putative “homeowner-friendly” assessment system, the system failed. New York is on its back foot. Now is the time to stare these fundamental inequities in the face. How? By recognizing market value assessments and policies which divert publicly generated value away from private pockets.

The Center for Property Tax Reform is a collaboration between the Center for the Study of Economics and the Robert Schalkenbach Foundation, both 501(c)(3)’s. 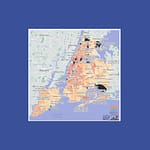 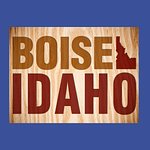