The Commonwealth of Puerto Rico has seen 125 years of foolish schemes to revitalize the economy after the agricultural base of the island was urged to industrialize. Folks left the farm and the sugar industry. Immigration to the mainland went into overdrive. 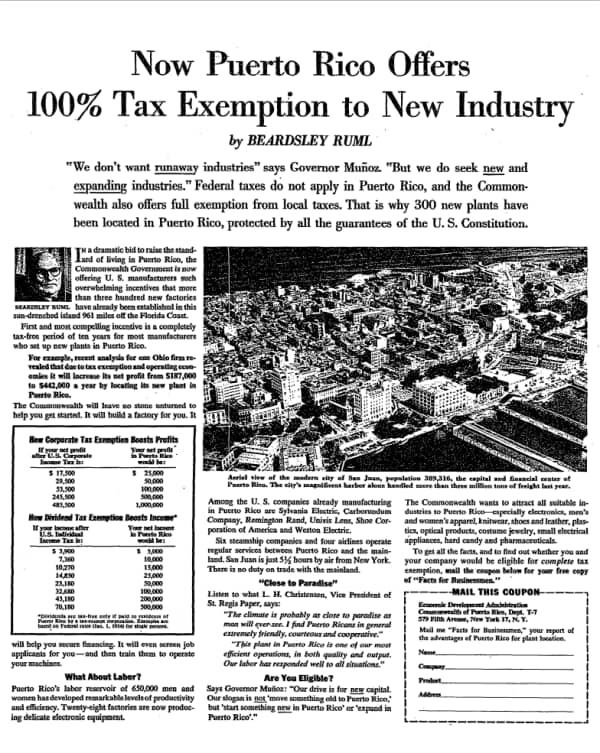 Tax breaks offered by Operation Bootstrap could’ve offset the decline of the agricultural sector, but when the mid-1990s saw Bootstrap finally die, employment fell off a cliff.

The Puerto Rican budget depends to a high degree on the Sales and Use Tax (IVU for its Spanish acronym)  and the Commonwealth income tax and corporation tax. To pay off hundreds of billions of dollars in bonds, Puerto Rico decided to pay off the bonds with the IVU. Current bond debt and unfunded pensions amount to about $125 billion. There is no guaranteed revenue stream to rebuild infrastructure after earthquakes and hurricanes. The Commonwealth government has made its books look good by reducing aid to municipalities. Municipalities have no own-source funding. The cost of basic needs for the populace, such as energy, export facilities, and the Jones Act, makes life on an impoverished island very expensive indeed.

So what recourse is there to stop this slow-moving lava flow of public disaster? Not much.

When in doubt, the Commonwealth enacts a tax break. This one is called Act 22, which entices people to move to the island with the bait of a 0% tax on:

What does science teach us about a vacuum?

Operationally, this means that the new and still mysterious wealth created by bitcoin and other cyber currencies is exempt from tax.

Note the phrase “new Puerto Rico residents.” It caused bipartisan uproar in DC (“We’re creating a new tax haven!”) and in Puerto Rico (“I’ve been here for 80 years, and I don’t get a tax break!” The capital gains tax for plain old Puerto Ricans is 15%.).

This waterfall of money coming into Puerto Rico has the most apparent effect on real estate. Values are exploding, and long-time residents of old San Juan and waterfront property feel they must skedaddle. Moreover, Puerto Rico revenues will slip away like an ebb tide as crypto becomes more ubiquitous.

To address this crass imbalance, at the very least, the Commonwealth government could impose a gains tax on real estate sales. Although generally considered regressive, a real estate gains tax in this context would leave regular folks unscathed. Moreover, revenue could come from outsiders and not inhabitants.

Also, a scalable property tax valuation system is essential, and it’s overdue for the Commonwealth to pursue this new system.  Rebuilding an economy based on revenue sources traditionally stressed in bad times must be avoided.  Tax shifting from labor and capital onto economic rent of land can provide stable revenue, remove the economic drag (or deadweight) on the island, and counterbalance adverse effects of export taxation and the beyond – words –  obsolete Jones Act.

Municipalities ought to have much more freedom with self-sourced revenue. Cities ought to be able to choose what type of tax works best. Towns are closer to their citizens than the Commonwealth. Crucial zoning, planning, and infrastructure reform must come from the ground up.

Is a Land Value Tax Right for Erie, Pennsylvania? 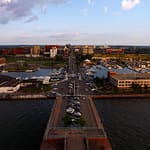 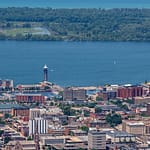 The LVT Playbook: So, how do you build a Land Value Tax?
Scroll to top