We’ve all heard the saying that nothing is certain but death and taxes. Yet anyone familiar with tax policy knows that while no one escapes the grim reaper, the taxman can be somewhat more forgiving, with property taxes being one area in which he turns a blind eye surprisingly often. 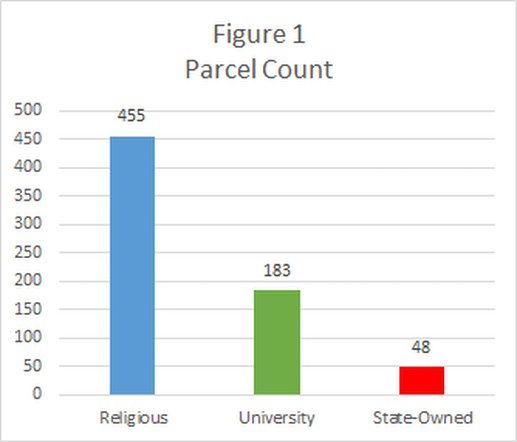 In the State of Virginia, a variety of owners – including the Commonwealth, churches, libraries, public hospitals, YMCAs and YWCAs, public parks and playgrounds, and nonprofit organizations – are exempt from property taxes. This probably comes as no surprise, but what does it mean for the City of Richmond? Let’s find out using the 2021 tax rolls.

Within Richmond city limits, a total of 3,223 parcels, constituting more than 8,500 acres valued at some $7.4 billion are identified as tax exempt, meaning they pay no property taxes at all. Given the City’s tax rate of $1.20 per $100 of assessed value, that’s $88.6 million in foregone tax revenue in 2020 alone. And for a city whose total property tax revenues equaled $338 million in the same year, that’s no small concession.

Who realizes these savings? Publicly accessible tax data can’t tell us this definitively because some entries (822 in this dataset, totaling some 1,024 acres) do not include owner names. Also, while property classes (for example, health/exercise facility and condo common area) are listed, owners of a single exempt class (think churches, educational institutions, etc.) may own parcels in a variety of classes, making it truly difficult to calculate precise totals. Even with this uncertainty, it’s possible to use what data are available to make some educated guesses about the owner classes most likely to benefit from property tax exemptions. Here we focus on universities, religious organizations, and the State of Virginia¹. 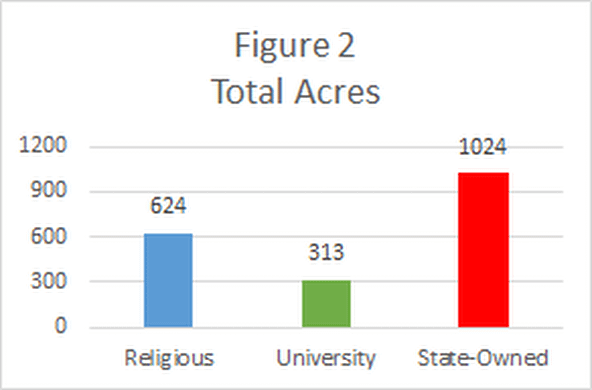 Of these three classes, by far the greatest number of tax exempt properties in Richmond are owned by religious organizations – 455, as opposed to the 183 and 48 parcels owned by universities and the State of Virginia, respectively (see Figure 1). Despite the relatively small number of State-owned parcels, however, Virginia owns far more tax exempt acres (1,024, to be exact) than the other two owner classes (see Figure 2).

Our view of the data reshuffles yet again when we consider the value of these untaxed holdings. Through this lens, universities, like the University of Virginia and Virginia Commonwealth University own the lion’s share, and hence, realize far more tax savings than the other two owner classes.

What do we do with this new found knowledge of tax exemptions in Richmond, VA? The answer is, perhaps frustratingly, not much. It’s highly unlikely that Virginia, or any State for that matter, will begin charging its currently exempt property owners property taxes. But just for fun, let’s consider the effect on the average residential property owner if they did. 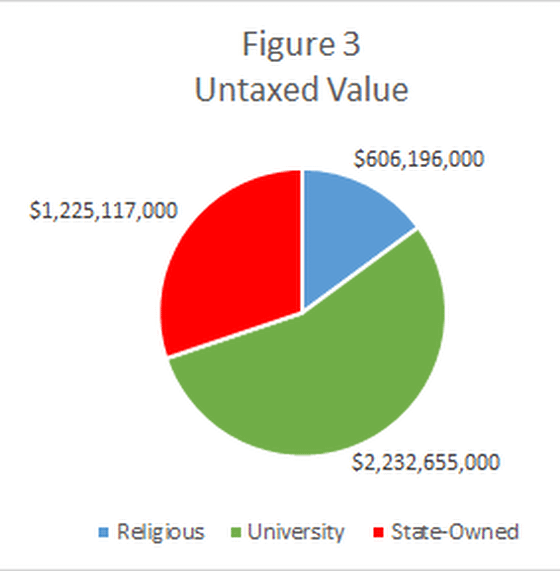 In 2020, Richmond’s tax rolls included 60,339 residential properties with a total tax liability of some $251 million – that means the “average” homeowner pays just over $4,000 a year in property taxes. Keeping total tax revenue constant at about $338 million, but including the assessed value of currently exempt properties in the tax base would reduce the average bill for current tax payers by almost 21%. Under this “no exemptions” scenario, the average Richmond homeowner would see their annual tax bill reduced by about $900.

The bottom line: freedom from taxes is never really free and transparency in taxation can be truly eye-opening.

¹ According to Richmond’s most recent budget, the State of Virginia contributes a Payment In Lieu of Taxes (PILOT) totaling almost $3.7 million to the City annually. This contribution partially offsets the nearly $15 million in foregone property tax revenues from State-owned parcels and helps fund the City’s expenditures, but is not considered in the calculations provided here, as we are strictly concerned with property tax liabilities and revenues.

Is a Land Value Tax Right for Richmond, Virginia? 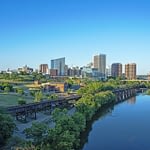 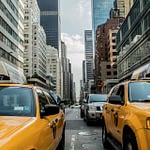